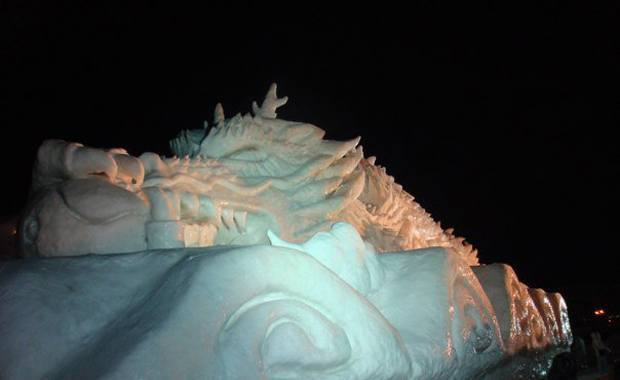 Asahikawa, being the second largest city in Hokkaido right after Sapporo, also holds the second largest snow festival. Though not as grand as the Sapporo one, it is still very impressive, and from a personal view of having visited both festivals in the past, Asahikawa seems to have the most skilled sculptures. 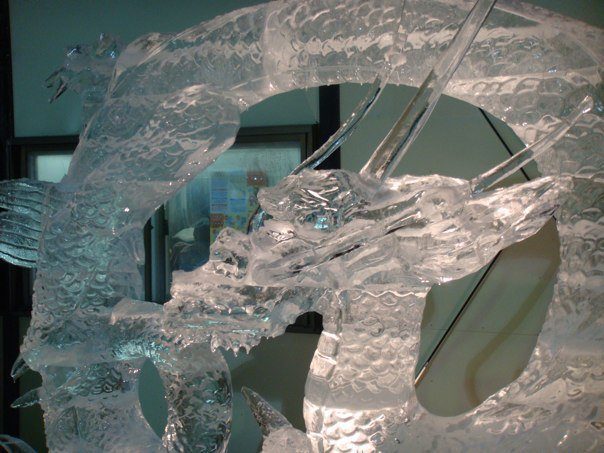 It will be holding its 56th festival this year, running shorter than the Sapporo festival, for 6 days in February. As with Sapporo, it is one of the coldest months in winter, but the temperatures drop even lower in Asahikawa – the lowest temperature being -15°C (5°F) at night! As with all festivals, most of the festival is outside, therefore warm clothing is extremely important. It is advised to wear a wool sweater or pullover, or even ski or snowboarding wear.

Yet the even colder temperatures of Asahikawa add that magical touch to the winter festival, as the sculptures seem to glisten more in the frosty air, and are less likely to melt or fall apart, which can been a problem with snow festivals in warmer areas.

The main area of the festival is the ‘Asahibashi Site’ which is near the Asahibashi Bridge. There, you will find the one main, huge snow sculpture, with this year’s theme being “Protectors from the land of light” featuring the children’s, or perhaps more so adults’ favourite hero, “Ultraman”. Ultraman is a superhero TV series which originally aired in Japan in the mid 1960s, and there has been new versions and remakes ever since, hence loved by young and old. Relating to this theme, there will be a special “project mapping” lights entertainment show on the main stage, called ‘Utraman The Live’, which will be on every evening of the festival from 7pm. Be sure to catch either the opening or final night of the festival, as there will be the added bonus of fireworks.
Throughout the course of the festival schedule, there will be other shows such as music performances, dances, and kids’ entertainment.

As with the other snow festivals, there will be many snow sculptures created by teams as well, which will be judged. Some snow sculptures may even have slides or steps where little ones can play or take pictures.

There is also an area where you can enjoy the snow and winter hands-on, by going on the big ice slide, finding your way around in the snow maze, or taking a ride on a horse-pulled sleigh. You can even put your skills to the test by trying to make some ice sculptures yourself!
Food stalls, like with all outdoor festivals in Hokkaido, will be available, with hot beverages and dishes to help you defrost.

The second area for the Asahikawa Winter Festival is just in front of the station, down the ‘Heiwa Dori’ pedestrian street. A personal recommendation to go there, as the levels of skills of the ice sculptures lined up along there have been spectacular in the past.

Though the sculptures are lit up at night it can get extremely cold in the evenings, so I recommend you go to the main area in the day time, although going to see the ice sculptures in the dark are beautiful, and there are a few restaurants or bars nearby you can escape to! 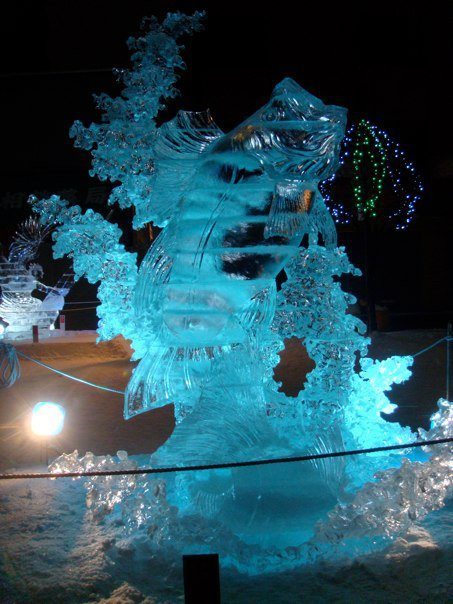