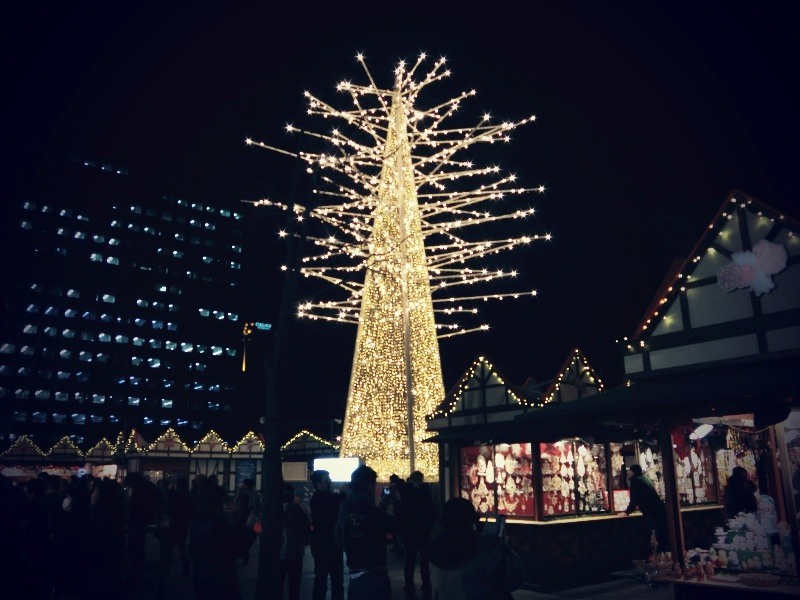 If it is your first time in Japan for the Christmas season, and you are unaware of the newer Japanese customs, you may be amused when you find out that Christmas in Japan is more likened to that of a western Valentine’s Day, or even New Year. Because of this, it can be a little difficult to spend the Christmas season in the way that you are perhaps used to back home.

Sapporo, on the other hand, is a good place to start for a “truer” Christmas. With snow falling by the beginning of December, your dreams of a white Christmas come true, and many areas of the city are lit up with fairy lights and decorations, setting the festive mood. 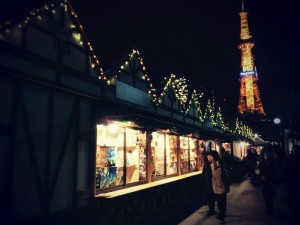 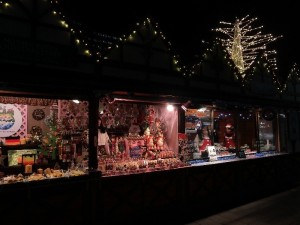 Sapporo’s main display of Christmas lights are called “White Illumination”, which can be viewed every year in Odori park, located in the heart of the city. Apparently, Sapporo was the city that began the tradition of Christmas lights in 1981, which has now inspired towns all over Hokkaido and Japan. Celebrating its 34th anniversary this year, it has gotten bigger and better each year, and is participating in “Eco Action” by using biofuel to power the lights, which is kinder the environment.
Being one of the main tourist attractions this time of year, it can get a little busy during weekends. There can be queues for special “photo spots” which are recommended places where you should get your picture taken, and a raised platform you can climb up to view the “Crystal River”, so weekday early evenings would be best if these are attractions that interest you.

Also along Odoroi Park, which is lit up with Christmas lights, the German Christmas Markets can be found.

‘Munich’ in Germany is one of Sapporo’s sister cities, and when the two cities celebrated their 30th anniversary in 2002, the Christmas markets in Odori began. 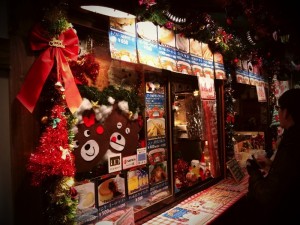 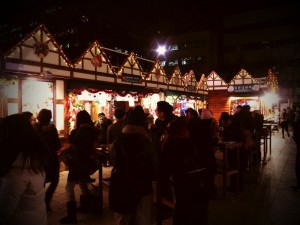 Even if you are not from Europe or are unaware of German Christmas Markets, if you are used to a Christian or Western Christmas you are bound to feel reminiscent or at home when you visit.
The name explains itself – it is a market of Christmas goods and foods. Here, you can buy decorations, trinkets, presents for friends and eat hot food outside, along with hot drinks such as mulled wine and hot chocolate.
Although focusing on German cuisine such as “bratwurst” sausages, many local Sapporo/Hokkaido restaurants and stores have stalls as well; such as ‘Otaru Beer’ and even a Spanish restaurant! It is also a good place where you can find more traditional foods (e.g., iced Christmas cookies and biscuits) and gifts for Christmas, as there is a stall dedicated to Christmas cards; the giving and receiving of cards still not well known in Japan.
There are also some events held during market opening, as there is a mini stage for choirs, performances and workshops to make crafts in some of the stalls.
It can be incredibly busy during weekends, meaning that if you are not one for crowds it is best to avoid them and choose to go on weekdays.

An important note to remember for visiting either these events in Odori – wrap up warm! It can get very chilly in the evenings. Have a Merry Christmas in the winter wonderland of Sapporo!