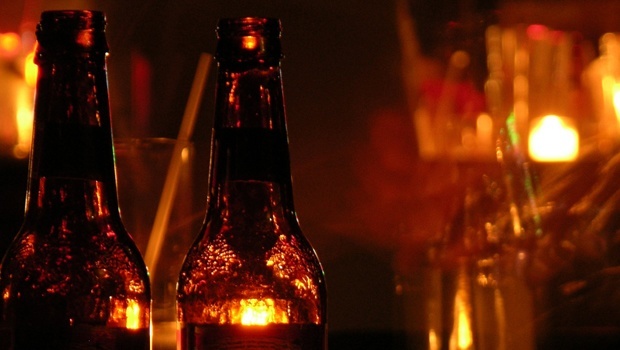 The site of Japan’s first national brewery and the country’s most popular export brew, Sapporo is synonymous with beer, all of which you can read about here. Partnered as a sister city to Munich, Sapporo hosts an annual beer garden where revelers down hundreds of thousands of liters of light pilsner style lagers. In onsen lobbies, convenience stores and practically any restaurant menu in town, you will undoubtedly be offered the option of having a beer.

Being a beer lover’s city, there are several bars worth knowing that are specialists in purveying the good stuff. I’m talking about proper brown and red ales, pitch-black stouts and porters, and hop heavy IPAs strong enough to have you buzzing by the bottom of your pint. Looking at a map you can find they make an easy to follow inverted isosceles triangle, what I like to call Sapporo’s Beermuda Triangle.

First and foremost is North Island Beer, a local craft beer restaurant a few minutes walk east of the Odori TV Tower. Brewed in the nearby city of Ebetsu, a selection of 5-7 freshly made beers is available on tap, with a guest brew often featured as well. The menu is simple but well-executed pub fare. Swing by for a pint and a bite and talk to the guys who actually make the beer. Tis the time for seasonal beers and here’s hoping their absolutely delicious cinnamon ale is available this year, too.

Head southwest on foot from here and within 10 minutes you’ll spot Higurashi, the second point of the craft/ foreign beer polygon. Upstairs you’ll find a cozy, wooden-floored bar to imbibe a variety of domestic and import brews. Depending on where you are in your evening, it’s easy enough to have one and go, or kick back and become a fixture for the night. The staff are friendly and happy to talk beer, or whatever discourse that flows from your now lubricated mind.

Assuming you’re game for another, it’s time to find Tanuki Koji (狸小路) and continue west to block seven where you’ll find Kalahana, the third point of the Beermuda Triangle. Cram inside and try to find a seat, or stand around the bar and choose from their extensive tap and bottle selection. The atmosphere is perpetually jolly here, and you’ll find it very easy to stay until closing. Outdoor seating is available when the temps permit, but it’s more fun to be chummy inside.

Craft beer is an ever-growing phenomenon in Japan. Unfortunately, for younger enthusiasts the prices tend to be prohibitive as many feel 1,000 yen is better spent on a cheap nomihoudai than a single bottle of import beer. Still, there comes a time when yellow beer won’t cut it. In such a case, head to any one of these fine establishments and find what you need. Just don’t become a casualty! Disorientation, bewilderment and bankruptcy aren’t unheard of in the triangle.

Establishments mentioned in this article: